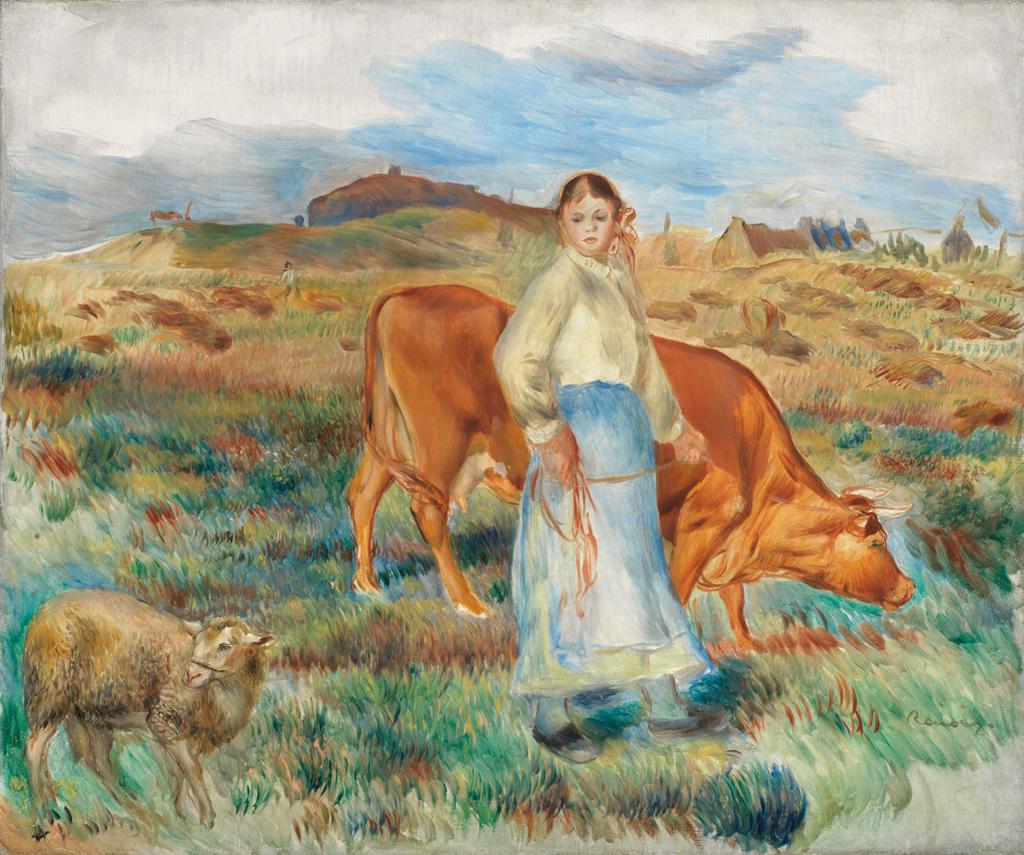 In the late summer of 1886, Renoir and his family spent two months in the hamlet of Chapelle-Saint-Briac, not far from Dinard and Saint-Malo in Brittany.

A few years earlier, he had begun to review his use of Impressionist technique, and to introduce a greater precision of form in his work. In this painting, for example, Renoir achieved a crisper definition of form by using a canvas primed with white paint, over which he has applied a second thick layer of opaque white: in some places his pencil underdrawing is still visible to the naked eye.

It is interesting to note that, at almost exactly the same time Renoir was painting this rural scene, Monet was working on the more remote western coast of Brittany at Belle-Île: see his view of Port-Coton in this exhibition.