Who were the Impressionists? 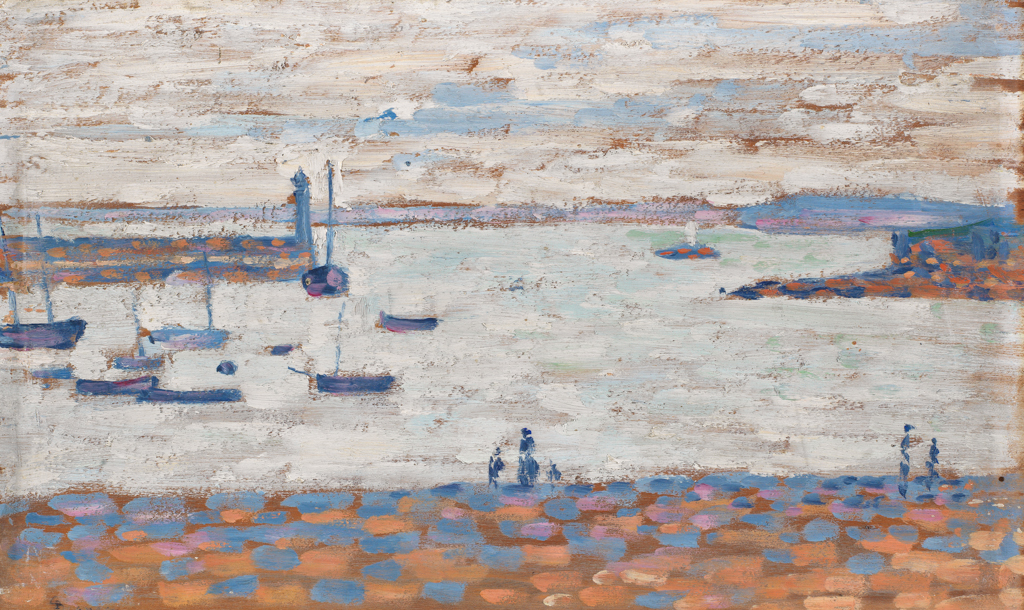 In nineteenth century France, the government-sponsored annual exhibition known as the Salon was key in helping an artist promote his reputation and find clientele for his works.

Featuring thousands of paintings (and rejecting many more) the Salon became a vast emporium, promoting the academic artists issuing from the Ecole des Beaux-Arts (School of Fine Arts) and the studios of leading establishment painters. Gradually, opposition to the Salon among independent-minded painters increased throughout the century, who sought alternative ways of exhibiting their works. In 1863, those painters whose works were rejected by the jury of the official Salon protested vociferously enough to be given their own exhibition, known as Le Salon des refusés.

Artists who could raise the funds - notably Gustave Courbet in 1855 and Edouard Manet in 1867 - staged one-man exhibitions of their works, hung sympathetically in surroundings more congenial to the visitor than the dizzying experience of visiting the ‘gigantic kaleidoscope’ of works at the Salon.

The group of painters now known as the Impressionists first exhibited in 1874 as a limited liability company under entitled the Anonymous Co-operative Society of Artists (Painters, Sculptors, Engravers &c.). As a venue they chose premises until recently occupied by the photographer Nadar, in Boulevard des Capucines in the heart of Paris, and the opening of the exhibition was timed to coincide with that of the official Salon. In the democratic, self-help spirit in which it was conceived, the regulations (quoted in the catalogue) specified that once the 165 works were arranged by size, their hanging position would be drawn by lots.

Over a period of twelve years, more than fifty different artists exhibited on a more or less regular basis. The exhibitions were well relatively well-attended, and received extensive press coverage, far from all of which was as negative as is often claimed. From their first group exhibition in 1874, both participants and press struggled to find a name which would appropriately define the exhibitors extremely varied artistic aims.

The initial, abbreviated by Cézanne to ‘Le Co-op’ - proved short-lived, too wordy to be catchy and too bland to define so provocative an art. In the early years of their exhibitions, proposals for alternative names ranged from the Japanese, the Intentionalists and, Degas’s favourite, les Capucines (from the boulevard where the first exhibition was held) to Henry James’s Irreconcilables, and the politically-charged term Intransigeants. Despite the exhibitors’ initial resistance, the term ‘Impressionists’, coined as a satirical response to Monet’s painting, Impression, sunrise (1874; Musée Marmottan, Paris), proved to be the most enduring, and the group eventually proclaimed themselves as such on banners and posters announcing their third exhibition in 1877. However, the debate continued, until, by the last exhibition, thy opted for the less-loaded term of ‘Independent’. Those less troubled by terminology and titles, recognised that what united them was not a name, but the determination to assert their artistic independence; as Paul Gauguin wrote,

‘I am an Impressionist artist, that is to say, a rebel.’