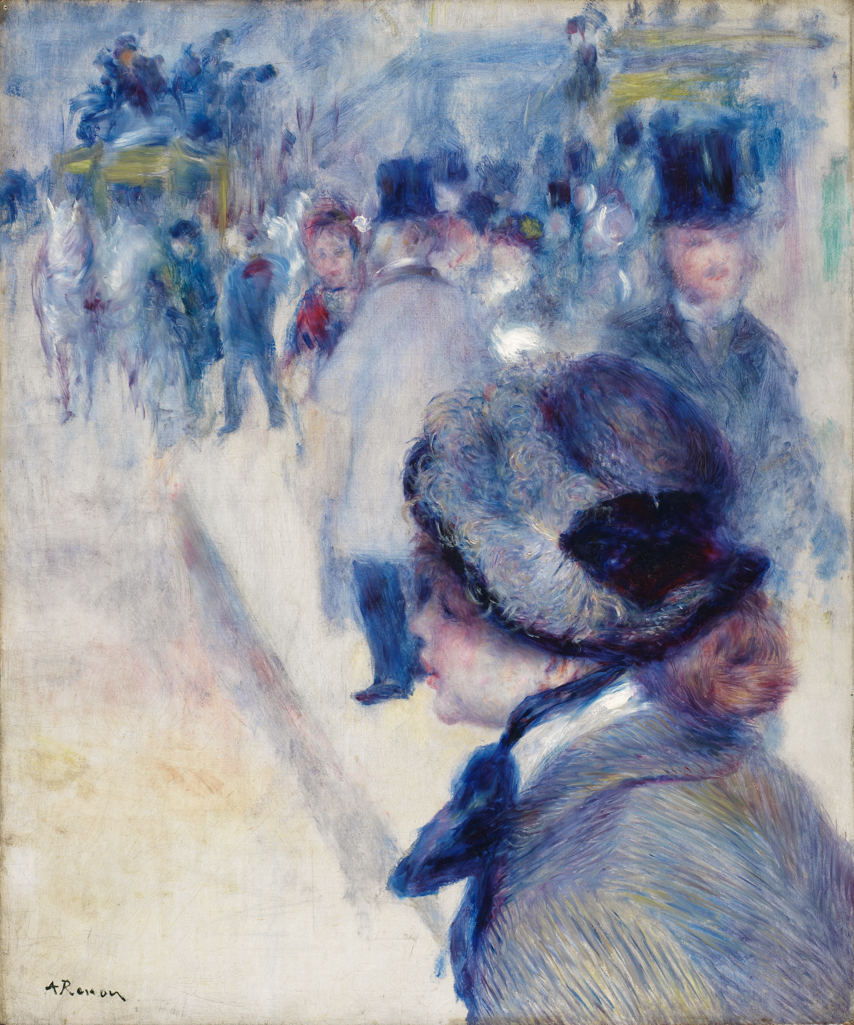 Bought from the Abbott, Cunliffe, Robin Hambro Works of Art, Leverton Harris, Marlay, Perceval and University Purchase Funds and the Bartlett Bequest, with the aid of very generous grants from the National Heritage Memorial Fund, the National Art Collections Fund, the Wolfson Foundation through the National Art Collections Fund, the Regional Fund administered by the Victoria and Albert Museum on behalf of the Museums and Galleries Commission, the Esmee Fairbairn Charitable Trust, the Pilgrim Trust, the Seven Pillars of Wisdom Trust, the American Friends of the Cambridge University, the Friends of the Fitzwilliam Museum and a number of Cambridge colleges (Trinity, King’s, Gonville & Caius, St John’s, Emmanuel, Peterhouse, Sidney Sussex, Clare, Corpus Christi and Churchill) together with contributions from numerous firms and individuals, 1986.

Renoir was the leading impressionist painter of the Parisienne. In 1882, the writer and critic Joris Karl Huysmans described him as,

‘the true painter of young women, the bloom of whose skin, velvet flesh, darting eye, and elegant finery, he renders with sunlit gaiety.’

The blurring of the background crowd scene against the more clearly defined principal figure may owe something to photography, although the steep perspective also suggests that he may have been influenced by Japanese ukiyo-e prints. Although the summarily painted detail of the streetscape makes it difficult to identify with any certainty, the painting has borne the title ‘Place Clichy ‘since 1900. It was probably painted around 1880, in Renoir’s studio in nearby place Saint-Georges.