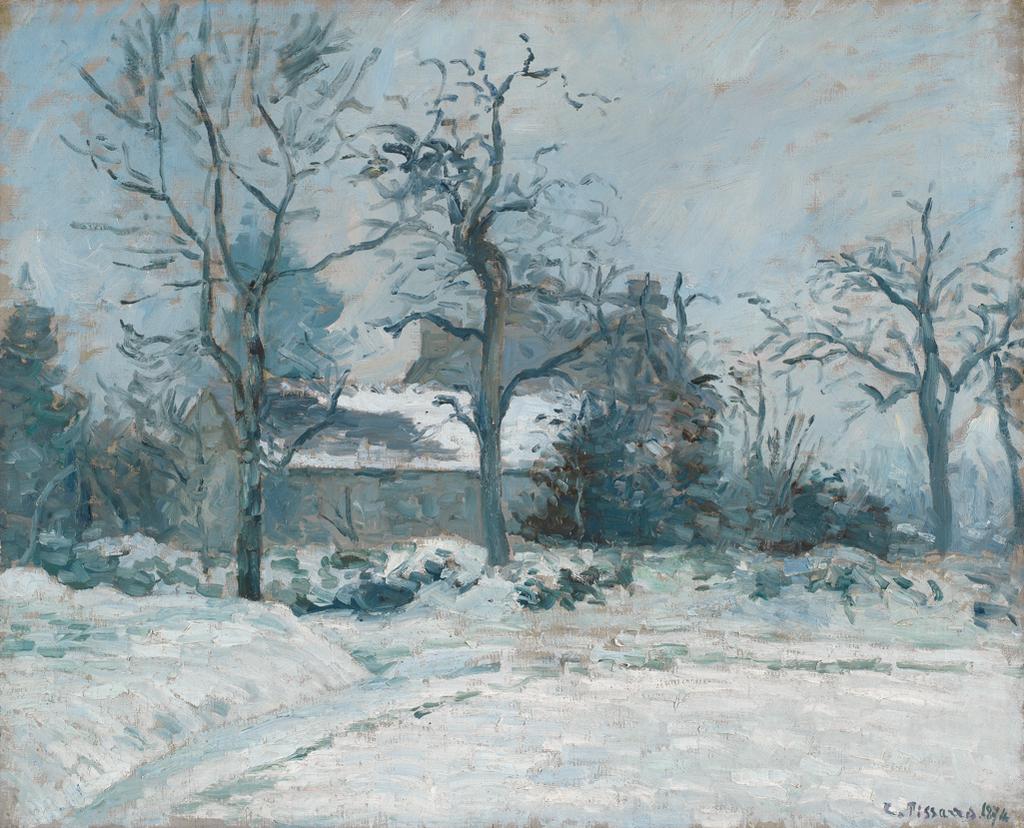 Pissarro first visited his painter friend Ludovic Piette-Montfoucault (1826-1878) on his estate at Montfoucault, in Mayenne (eastern Brittany) in the 1860s, but it was not until the middle of the following decade that he used it as the focus for a series of extended painting campaigns.

Shortly before leaving for Montfoucault on his first visit in the autumn of 1874, Pissarro wrote to his friend of his pleasure in anticipating travelling to a region where he would find, ‘the true countryside’. This view is one of eighteen depicting Piette’s immediate surroundings and its inhabitants that he painted during this trip, and one of five that show the effects of snow.