In the Garden at Pontoise: a young woman washing dishes, 1882 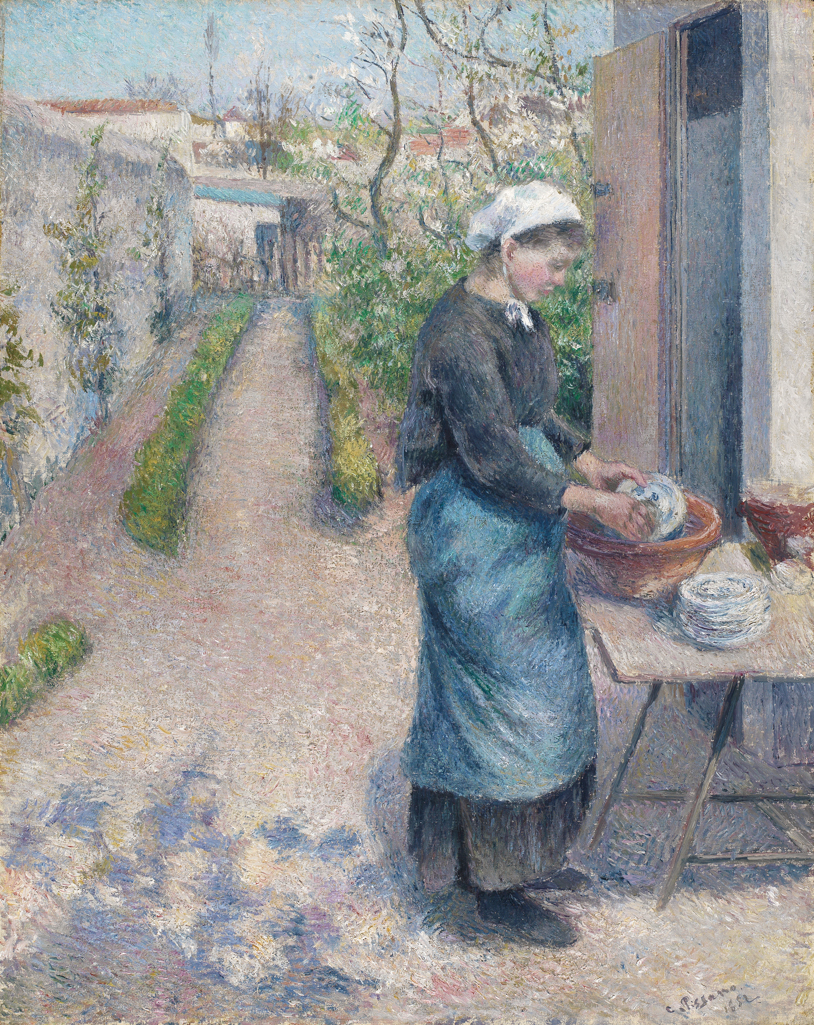 In the Garden at Pontoise: a young woman washing dishes, 1882

Bought from the Spencer George Perceval Fund with a contribution from the National Art Collections Fund, 1947

Pissarro began to paint figure subjects on a large scale in the early 1880s, and continued to do so for the rest of the decade. The majority of these depict female figures at work - in the fields, at the market, or in domestic surroundings. This scene was painted at Pontoise, where Pissarro was living in 1882, before moving to Osny at the end of the year.

Pissarro’s change of direction from landscape to figure painting was by no means universally welcomed by critics. Several accused him of attempting – and failing – to emulate the rural figure paintings of Jean-François Millet. Pissarro, however, protested that he had never intended to create ‘biblical’ images, but rather to represent peasant life sincerely, without external referents.