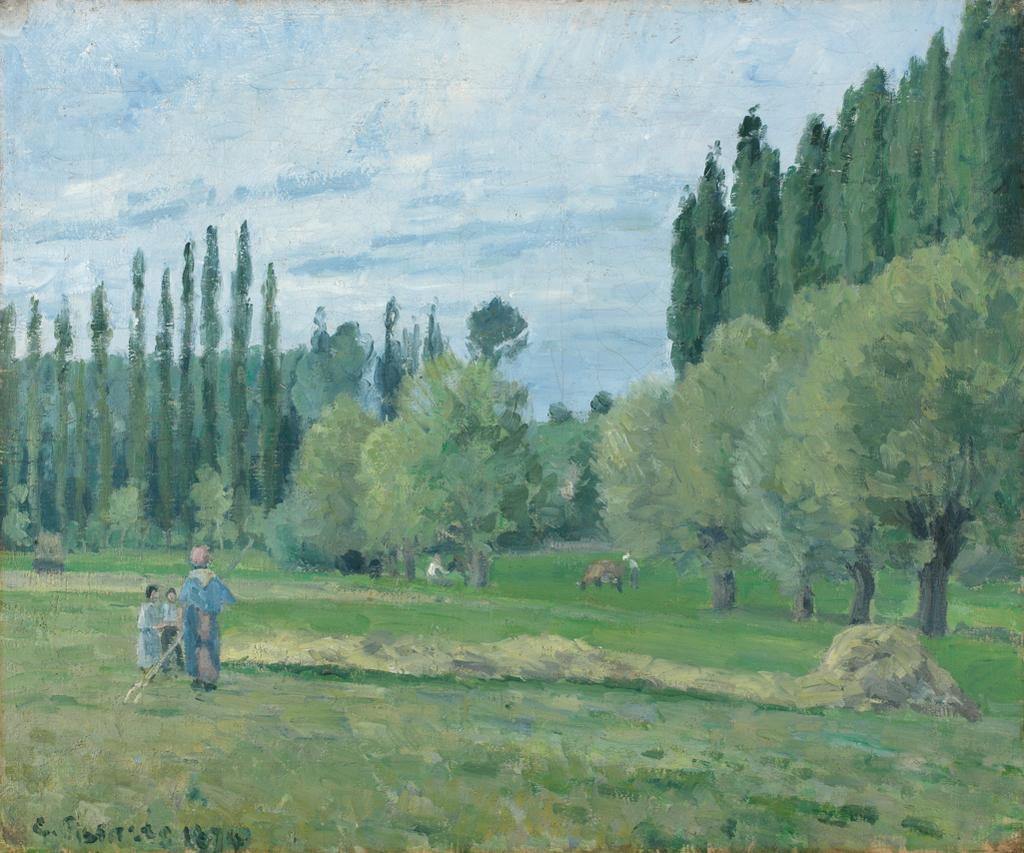 This scene has been identified as the countryside around Éragny-sur-Epte in Normandy, where Pissarro settled in 1884. However, in 1874, the date inscribed on this painting, Pissarro was based at Pontoise, about 25 km north west of Paris, having moved there to take up residence for a second time in the late summer of 1872.

Stylistically, too, the paint handling and cool palette of soft pastel tones seem closer to Pissarro’s work of the mid-1870s.