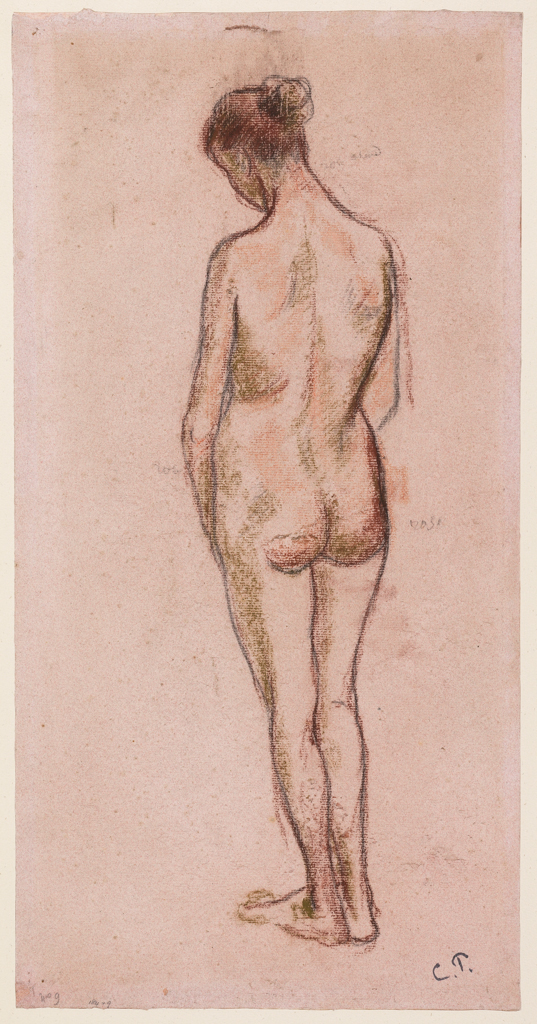 Given by Madame Esther Pissarro in memory of her husband, Lucien Pissarro, 1947

Pissarro made relatively few paintings and drawings of nudes. His wife is said to have disapproved of his working from the female nude, although for most of his life he would also have lacked the funds to employ a model to pose. Around 1894, however, partly prompted by a lengthy period of bad weather which made landscape painting impossible, he began to produce a series of works which he described as his, ‘romantic prints and drawings … many Bathers in all sorts of poses, in landscapes of paradise’. This figure occurs in two of these paintings, both in isolation (1895; private collection), and as part of a group of bathers (1896, Hiroshima Museum of Art).