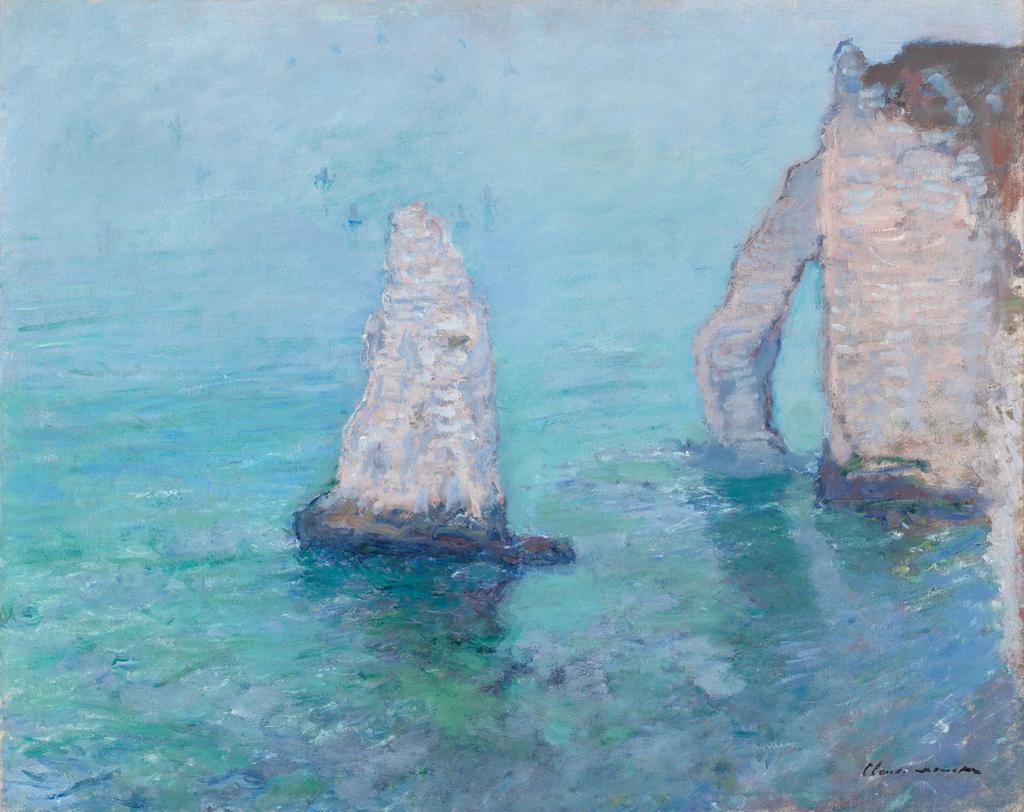 Accepted in lieu of Inheritance Tax by H. M. Government and allocated to the Fitzwilliam Museum, 1998

Like a number of artists before him, Monet was captivated by the spectacular rock formations at Etrétat, on the Normandy coast not far from Le Havre. This painting was executed during a third extended visit to the resort in the autumn and winter of 1885-86, when he painted over half the known views of this location.

The novelist Guy de Maupassant, who visited Monet during his stay, described the relentlessness with which Monet pursued his subject: ‘No longer a painter, he had become, truly, a hunter. He walked along, followed by the children who carried his paintings, five to six canvases showing the same subject at different times of day with different effects. He took them up or abandoned them as the changing sky dictated’.