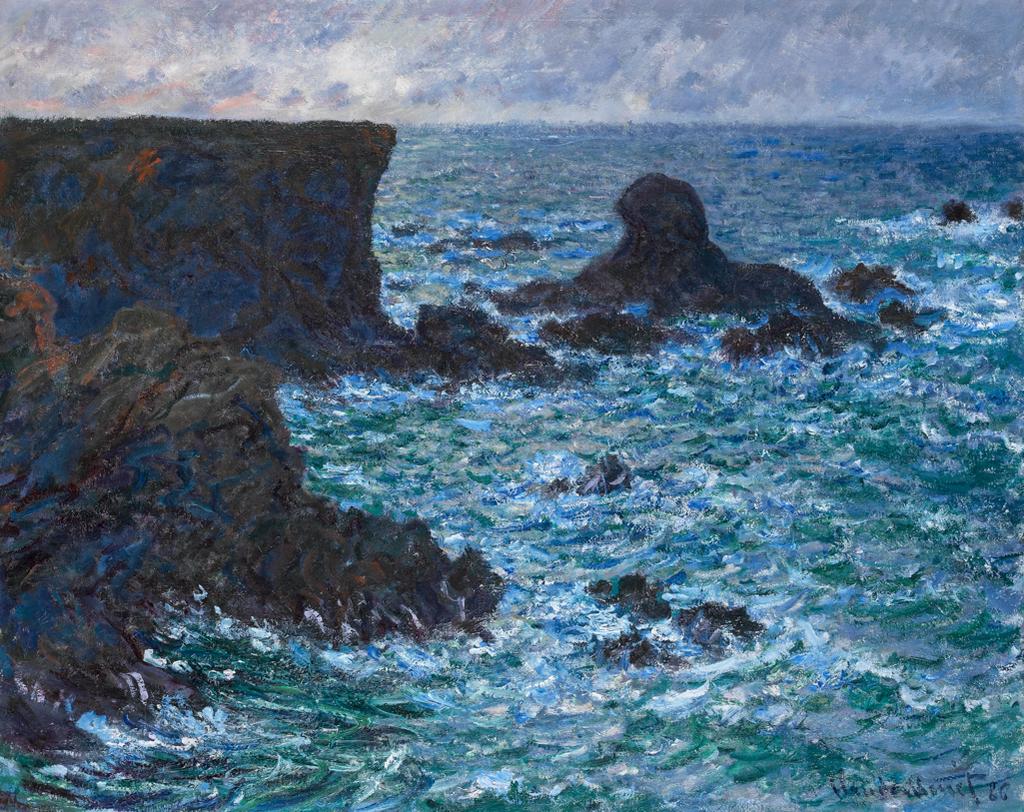 Accepted in lieu of Inheritance Tax by H. M. Government and allocated to the Fitzwilliam Museum, 1998

Monet visited the so-called ‘wild coast’ of Brittany for the first time in the autumn and winter of 1886. He had planned to stay only ten days, but ended up by spending ten weeks, based in a tiny hamlet only five hundred metres from the rugged coastline. This is one of thirty-nine paintings executed during his stay.

As early as the 1860s, Emile Zola had praised Monet for his extraordinary ability to paint water; in his paintings, he wrote, water was always, ‘alive, deep, and above all real’. Comparison with the limpid stillness of his seascape at Etrétat, displayed nearby, shows how sensitively Monet responded to the different moods of the sea.