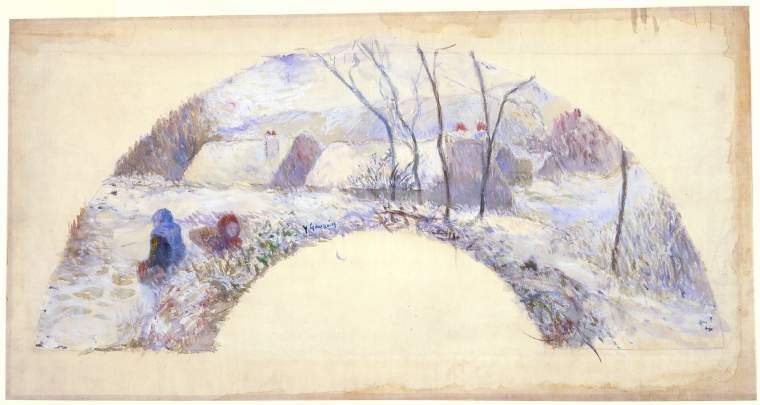 Like Pissarro and Degas, Gauguin enjoyed the compositional challenge of the idiosyncratic fan-shaped form. He painted his first fan designs in 1884. The earliest of these - generally painted in gouache and watercolour on silk, or, as here, fine linen - were loosely derived from paintings or etchings by Cézanne and Pissarro in his own collection.

Thereafter, his designs were based on his own oil paintings, often combining motifs culled from several different compositions with varying degrees of fidelity. The design of this fan, probably painted in Copenhagen in 1885, combines features from two paintings of snow scenes, both executed at the beginning of the 1880s