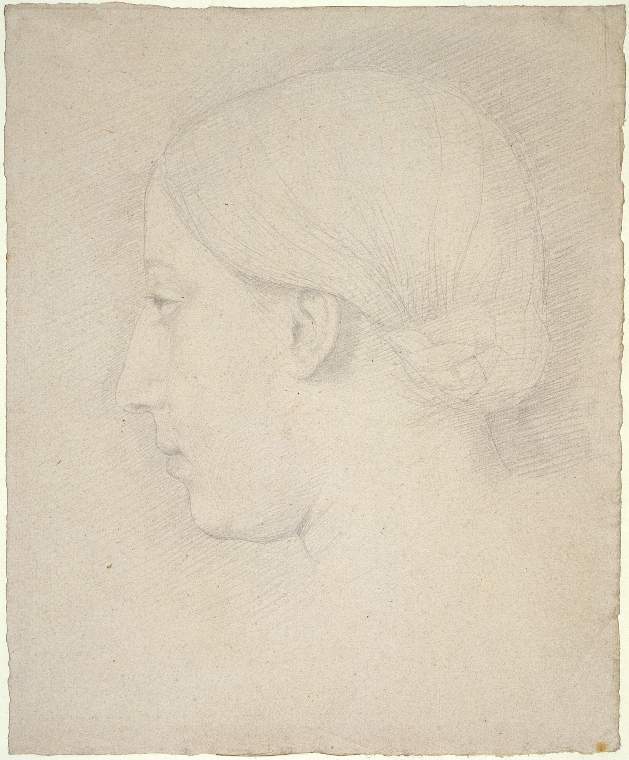 Bequeathed by A.S.F. Gow, through the National Art Collections Fund, 1978

As early as 1858, Degas’ father told his son that, even if he became bored with portraiture, it would become ‘the finest jewel in your crown.’ At the beginning of he career he frequently used members of his family to model for portraits, and painted and drew his sisters Marguérite and Thérèse on several occasions.

This portrait was probably made around 1855-56, just before Degas travelled to Italy, when Thérèse was 15 or 16 years old.

The fine graphite line and use of a pinkish prepared paper ground recalls the effect, if not the actual technique of silverpoint, a medium used extensively by early Renaissance draughtsmen such as Leonardo da Vinci and Lorenzo di Credi.