Portrait of the dancer Jules Perrot 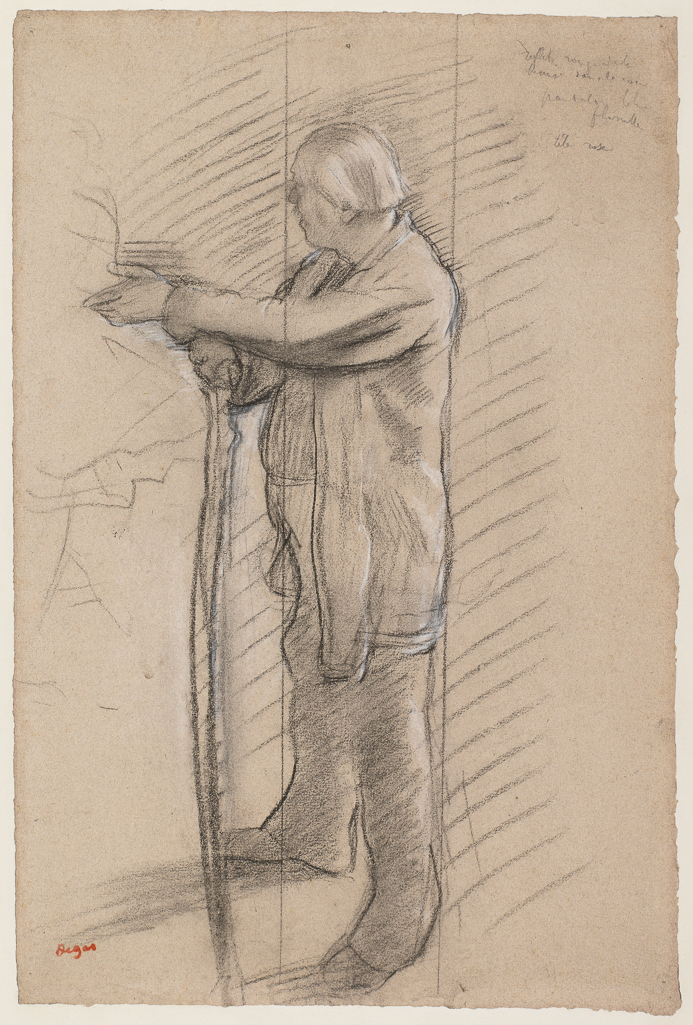 Bequeathed by A.S.F. Gow, through the National Art Collections Fund, 1978

Jules Perrot (1810-1892) was one of the leading male dancers and most influential choreographers of the Romantic era. He taught at the Paris Opéra in the 1830s, and spent the next three decades travelling in Europe, becoming ballet master at the Imperial Theatres in St. Petersburg from 1849-1860. He returned to Paris in 1861, and, although his style was considered outdated, he continued to give a few highly-prized classes.

This is a study for Degas’s painting The Dance Class in the Musée d’Orsay, Paris, begun in 1873, and completed between 1875 and 1876. In 1874, having temporarily abandoned work on this version, Degas completed a very similar painting now in the Metropolitan Museum of Art, New York. The colour notes on this drawing accord directly with the version of the painting in the Musée d’Orsay.