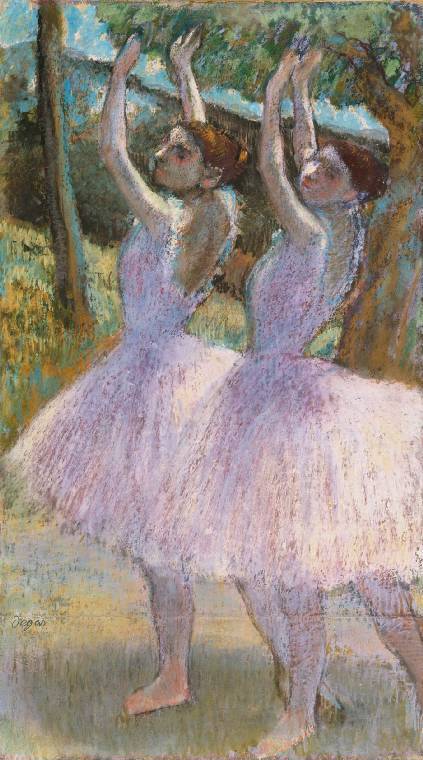 Pastel and black chalk, perhaps with gouache over charcoal on two sheets of tracing paper joined together, laid down on paper 909 x 521 mm

Accepted in lieu of estate duty by Her Majesty’s Treasury and allocated to the Museum, 1979

Degas was fascinated with the ballet throughout his long career, and, in the last two decades of his career, almost three quarters of his works were of dance subjects. From the 1890s, he worked increasingly in pastel, and in series, developing single compositions in a number of variants.

This pastel was probably drawn around 1900, and relates to a series depicting dancers in similar poses, executed around 1898.

Degas enjoyed pastel for the fact that it was ‘always ready to gone on with’, that is did not demand the drying time of oil paints, or need to be worked while wet. In many of his later pastels, he took full advantage of this ability to return repeatedly to a composition, working it up in a complex sequence of interwoven layers.