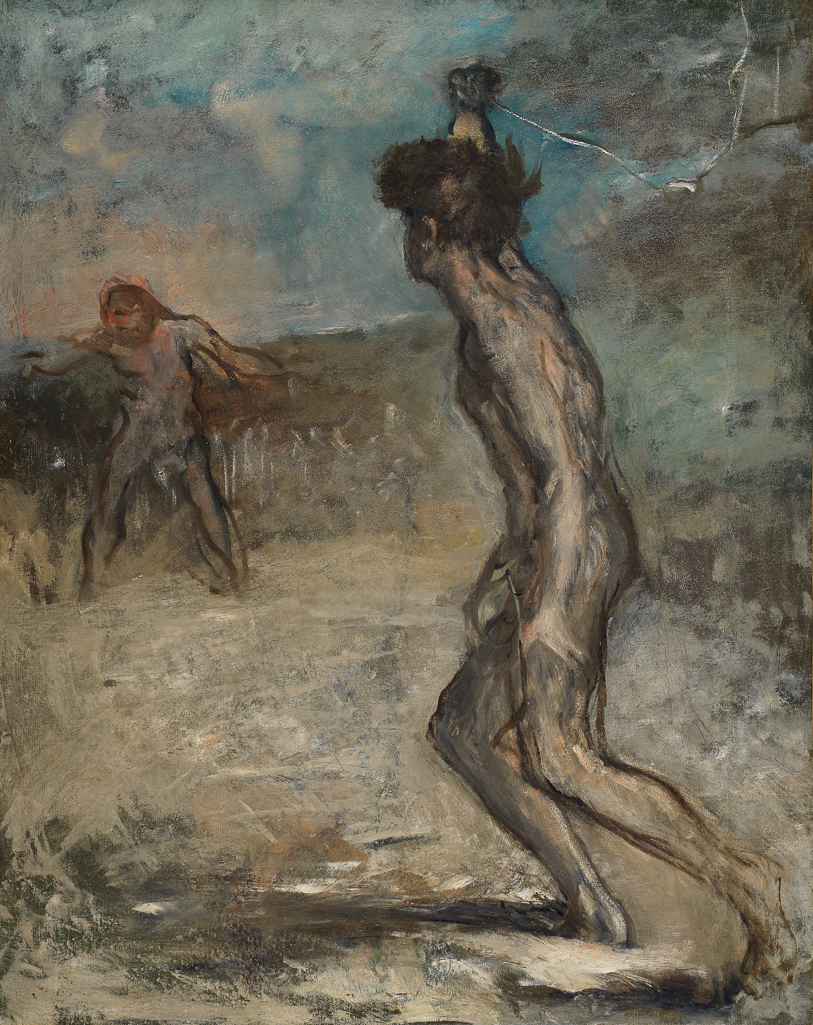 Between 1858 and 1865, Degas painted a small number of large-scale, multi-figured compositions, mostly on themes inspired by the Bible and classical antiquity. This dynamic sketch is the most fully evolved working of a subject that he began to explore at the end of 1857, in pencil sketches made during his visit to Rome and Florence. It represents the valiant warrior youth, David, slaying the Philistine giant Goliath, thereby saving the Israelite army (1,Samuel, 17).

During these same years, Degas made drawings after other representations of David by Italian masters which he saw during his travels in Italy: Bernini’s dynamic marble sculpture in the Borghese gallery in Rome, and Donatello’s bronze statuette of David in Florence, exhibited elsewhere in this gallery.