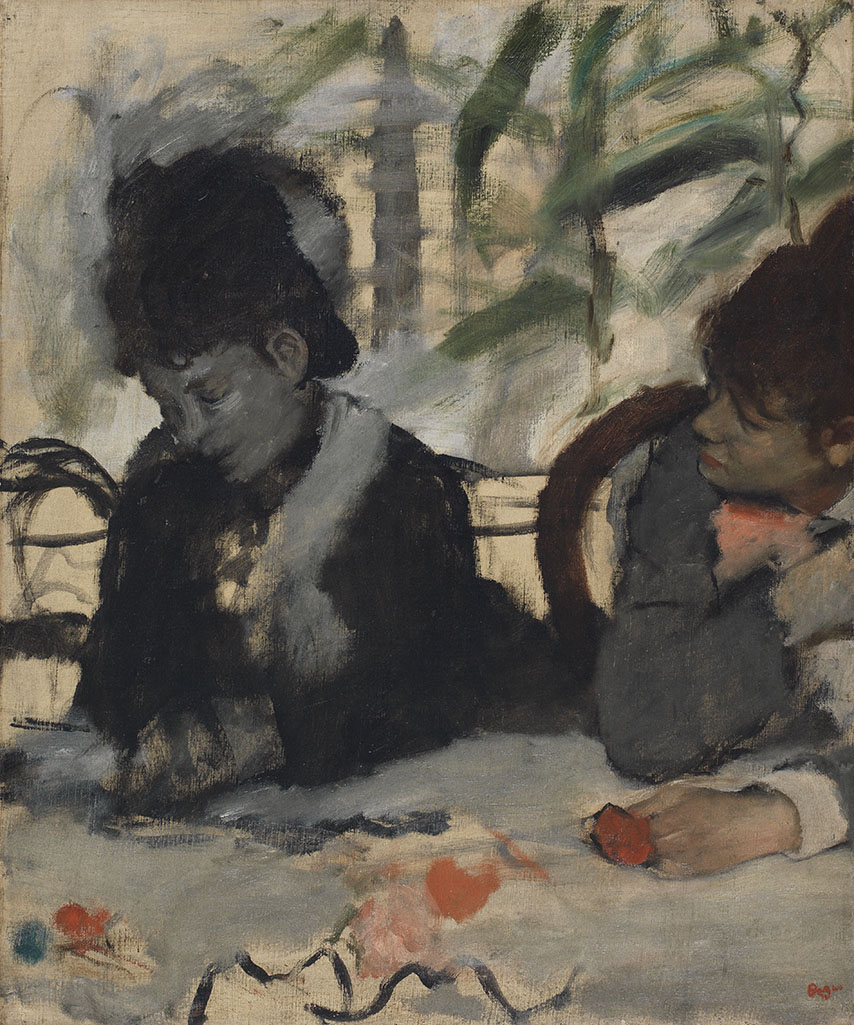 This is one of a number of scenes of women in cafés that Degas represented in paintings, drawings and prints between 1875 and 1877. The two women in this painting have sometimes been described as prostitutes, their unchaperoned presence in a public place signalling their availability to a prospective male clientèle. However, it may be that Degas was less concerned with their identities, than with evoking the intimate – and apparently troubled - nature of their exchange.

The painting remained in the artist’s possession until his death, and was purchased at his posthumous sale in 1918 by the English dealer Percy Moore Turner, who sold it to the donor, and arranged for the dispersal of his collection after his death in 1939. It was one of the first paintings by an Impressionist painter to enter the Museum’s collection.