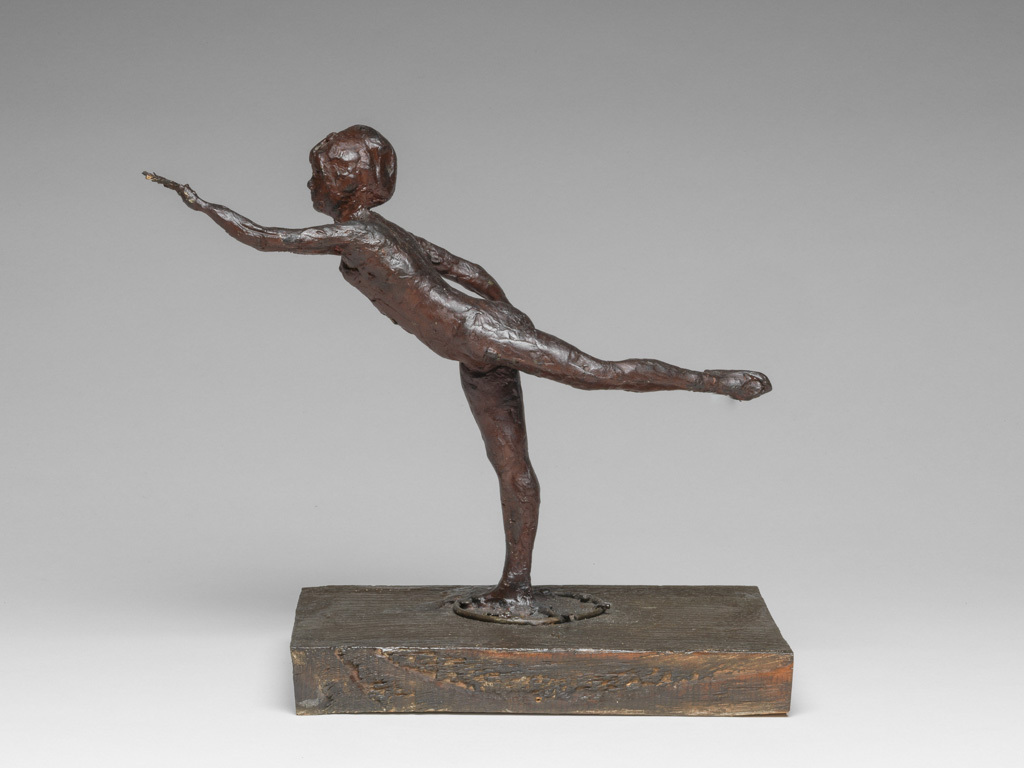 Red wax and wire on a wooden base

Given by Mrs and Mrs Paul Mellon in honour of Professor Michael Jaffé, Director (1973-1990)

Sculpture was for Degas a private affair. He exhibited only one statuette in his lifetime, the Little Dancer, Aged Fourteen, in 1881, but throughout his career returned to modelling as a three dimensional exercise to help him understand form, anatomy and movement, regarding it as a physical extension of the image which remained ‘nothing more than an insubstantial silhouette’ if left on the page.

This is one of a group of sculptures in Degas’s studio on his death in 1917, and acquired by Paul Mellon in 1956. Although these are generally referred to as his ‘waxes’, they were modelled in an astonishing variety of media, including wax, plasticene, clay and plaster on metal armatures. To correct or stabilise a pose, Degas often incorporated a everyday materials – sponges, matches, sawn-off pieces of cork, cloth and even paint brushes . This wax was probably modelled in 1882-1895, and has been related a series of paintings and pastels of dancers performing arabesques that Degas made in the early part of the 1880s.