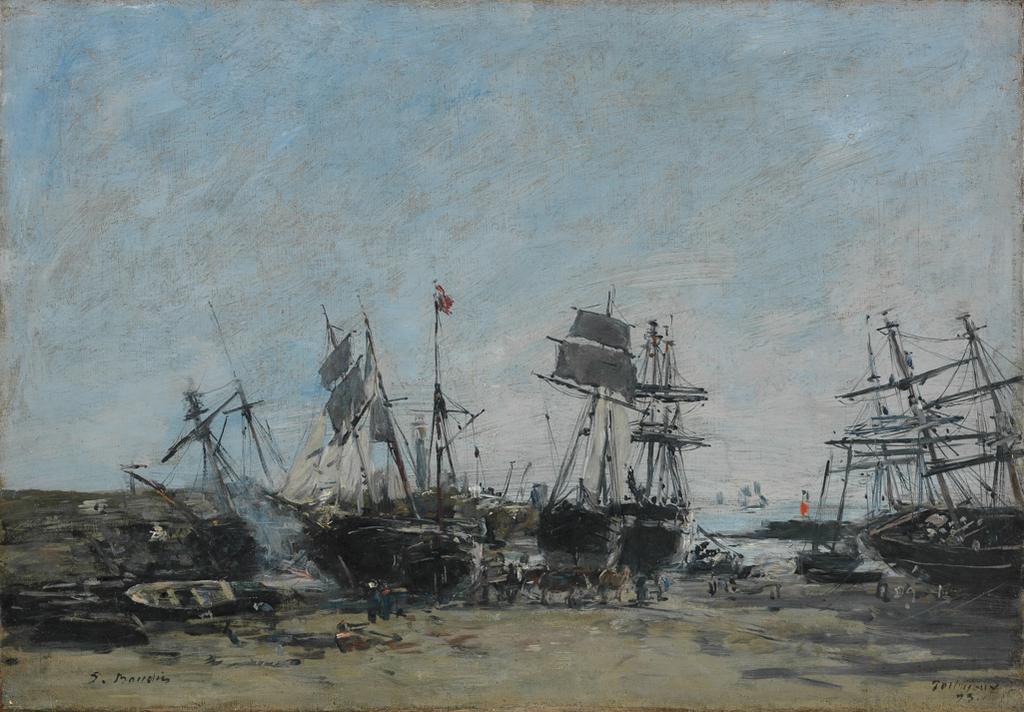 Bequeathed by Sidney Ernest Prestige, 1965, with a life-interest to his widow, received, 1968

Portrieux (now Saint-Quay-Portrieux), in the bay of St. Brieuc, Côtes du Nord, was a popular village with painters. Boudin visited it on several of his trips to Brittany between 1865 and 1897; the signature and date at the lower right indicate that this view was painted in 1873.

As the son of a ship’s captain, who had worked as a cabin boy on ships plying the Channel coast, Boudin was perfectly placed to recognise, and record, the individual characteristics of the vessels he came across in the ports he visited; in Portrieux, he focused particularly on the fishing vessels from Newfoundland, the Terre-Neuvas, becalmed at low tide, and painted at least six works on this theme.